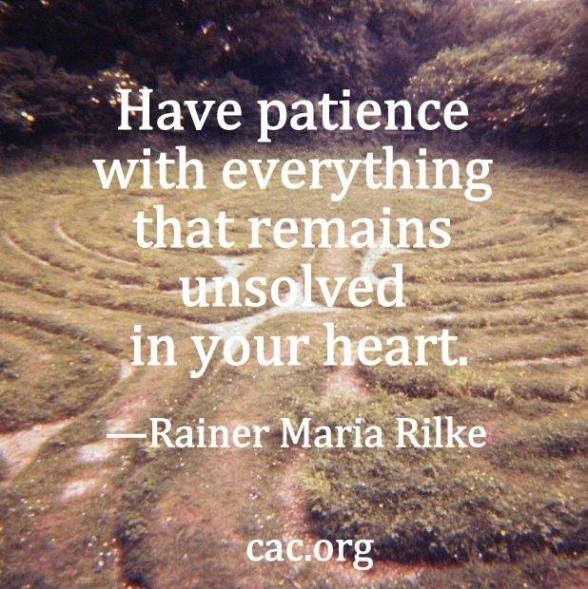 Weird Day #179. Today I got four different compliments on my clothes. As I was heading off to work, a (presumably straight) guy complimented my grey straw Fedora. At work, one of my straight female colleagues complimented my, what,”ensemble”? On the train home, a young Asian man (probably straight) complimented me on my earrings and asked if I worked at the museum. This felt much more like a “my girlfriend would love those” rather than “they would go SO well with my silver lamé” to me, but who knows? Just as I was getting off the train to go to the gym, a large almost definitely straight woman said she liked my outfit. She was wearing a loose tank top, cropped jeans and flip flops.

This is so, so weird, children. I was wearing black brogues, grey pants, a purple/lilac striped shirt with silver cufflinks, a blue chambray blazer with a purple paisley pocket square, silver necklace and earrings, and the Fedora. I am pretty certain that at least three of the comments were completely non-ironic. I was a trifle overdressed for the job we were doing at school. Two of the guys were wearing T-shirt and jeans. Most of the women were wearing pants, blouse, and sandals/flats/sneakers. But I felt spiffy. Just not spiffy enough for anyone to be anything except confused, I guess.

So all of this would be strange on its own, but the day didn’t end there. (That only happens in deep December in the wilds of Canada. This was barely 3:00 after all.)

I will skip the part where I checked out the very hot personal trainer at my gym who is almost certainly straight or how her being in the building motivated me to sweat a lot more than usual.

I will skip to 6-ish, when I was looking at my very quiet OKCupid profile, recalling a conversation I had with a friend before dodgeball this past Saturday about how nobody is really engaged with their profiles/interested in people like us/whine whine. And I saw a profile that didn’t have much to say but had a cute picture. So I took the bit in my teeth and messaged, “Hey Cutie, Write something so we can find out more about you besides your winning smile!”

Now normally, when I have tried to message anyone, lo, these last two months, I have either gotten complete radio silence or a thanks, but I’m not interested message.

Four minutes later, she messages back, “LOL. What do you want to know??”

Now here’s the thing. Just then I get another message from OkCupid with a tagline that sounded familiar and a greeting to me by a nickname I only went by once, Freshman Week in college.

It was my sophomore year roommate, a woman who came out six years ago and has spent the time since figuring out divorce, child custody arrangements, new work arrangements, two girlfriends, and a new house still up in Maine. I am not in regular contact with her outside Facebook, although when she came out she came down to Boston and we spent the day with me telling her she was still a good person and Jesus still loved her. I even gave her a book of gay icons painted by a monk, which I had originally bought for my sister. So it is not so surprising that she would contact me on seeing my profile.

But what this means is that I spent two hours alternately flirting with one person I didn’t know anything about and having The Conversation with someone I once knew fairly well and with whom I have a lot in common (introverted Leos, birthday twins, etc.).

I may see the one at a party after the Dyke March on Friday. The other may come down to visit sometime this summer.

How does everything seem to happen all at once?

In winter I am regularly sirred at the grocery store, probably because at first glance the checkout clerks see the outlines of my fedora and winter coat and only at second glance do they take in my makeup, earrings and facial structure, and immediately apologize. It doesn’t really bother me, but with all the brouhaha lately, with short-haired women being kicked out of restaurants for trying to use the women’s restroom, and the far worse things transgender people experience, it has given me pause. I have started to consider how I might respond if such stupidity were to happen to me.

The most prudent response would be to offer to show my driver’s license. Of course when you go to reach for it, be careful, because depending on a) how much of a nutcase the person is and b) what state you are in, if they think you are reaching for a weapon, you could end up dead. Idiot country.

The great temptation would be, if it were a man telling me not to use the women’s room, to say, “Oh, I’m sorry. Did you need to use it first? That’s okay, I can wait.” And if it were a woman, to say, “You’re just jealous because I am prettier than you.” But I feel like the people who are freaking out about this stuff probably are short on sense of humor or irony, so I doubt I would actually do that.

So I had toyed with the idea of wearing a necktie to church for the Easter morning service. I have a pale pink one that would have gone well with the bright pink blazer and black shirt I was planning to wear. Then, on Saturday afternoon, I went to get a haircut. I asked for short and layered–you know, thicker on top and gradually thinner as it goes down. What I got was very short from the ears down. Very, very short. And a little longer on top. So instead, I decided to wear this necklace. I may not be as straight as I used to be, and I still don’t care much for dresses, but I’m still a girl, dammit.

It’s funny that I started out this week thinking about religion. The word is related to the word ligament and means to tie back or to tie together, and that is definitely what our belief systems can do, constrain us (sometimes from doing the things we shouldn’t do, sometimes from doing the things we need to do) or connect us. I know a lot of people have been hurt by organized religion, but I have been very lucky to find myself in times and places where it has been very beneficial. Going to Catholic school (because we were getting beat up in the public school) in the 1970s right after Vatican Council II meant, among other things, that I got some of the most comprehensive sex and drug education compared to anyone I know, even and especially those who went to public schools. Go figure.

During Holy Week it is easy to see the two sides of religion. The Jewish authorities of Jesus’s day had the Roman Empire breathing down their necks; Israel was a nation occupied by a superpower that didn’t like trouble-makers. Executing Jesus was a way of protecting the status quo that he was always complaining about. In our own day we can see people like Martin Luther King, Jr., whose faith gave him the strength to help lead the fight for Civil Rights and to speak against poverty and war; on the flip side, we see the court clerk refusing to do her job and sign gay marriage certificates because her faith constrains her ability to see that love is bigger and wider than she thinks it is.

Back around Thanksgiving when I was starting to think about these things in earnest, I bought a cornflower blue suede string necklace as a reminder to try to be open to possibilities. It was too long to wear as a necklace so I looped it three times around my wrist and wore it that way for the last three months, day and night, in the shower, at the gym. Every time it broke I retied it. A few nights ago it broke for good and was too short to retie, so I put it away. Its work is done. Now I am on to the next stage, where I write these posts like threads to cast out into the ether and see if anyone out there gives a tug on the other end. As King would say, “We are all tied together in a single garment of destiny, caught in an inescapable network of mutuality” (“Letter from Birmingham Jail”). There are worse fates.

One of the unforeseen outcomes of my unexpected insight back in December that maybe the way I dress for work is actually just fine is that thinking about clothes has become less of a negative Why Do I Even Bother sort of thing and more of an adventure. I like adventures, but they do tend to cost money and take up room in my closet (not that closet). So I came up with a method to both make room and postpone new purchases: for every piece of clothing I buy, I have to get rid of three. So far, this includes shoes; I haven’t decided yet whether or not to include jewelry. It will probably depend on the price: a $3 pair of earrings, no; a $40 pair of cufflinks, yes. (And you can see why people have been complaining about the way I dress when you consider that I think it is completely reasonable to pay $3 for a pair of earrings and $40 for a pair of cufflinks.)

The 3:1 ratio is strategic on two levels. Physically, it is obviously a matter of limited space in my apartment. I have held on too long to some ten-, fifteen-, and twenty-year-old clothing that hasn’t fit in a long time or is basically falling apart, however beloved.

But less literally, there is also something to the idea I learned back when I was a life coach, that if you want something new in your life you need to create a vacuum. I keep going back and forth trying to decide if discovering myself to be potentially bisexual is earth-quaking or completely immaterial; at some point I’ll dig into that question further. But for right now, I am holding space in head for the possibility that it might be both–a chance for transformation, thinking of myself less as a moth and more as a butterfly.

So I decided that I would get rid of clothes that:

So far since New Year’s I’ve gotten rid of two big garbage bags of trash (paint-covered jeans, shirts sans elbows, etc.) and two bags of give-away clothes (The Epilepsy Foundation has a collection bin in front of my laundromat). So I’m improving my look, clearing physical and mental space, and doing some good in the world.

Not bad for a few weekend’s work, eh?